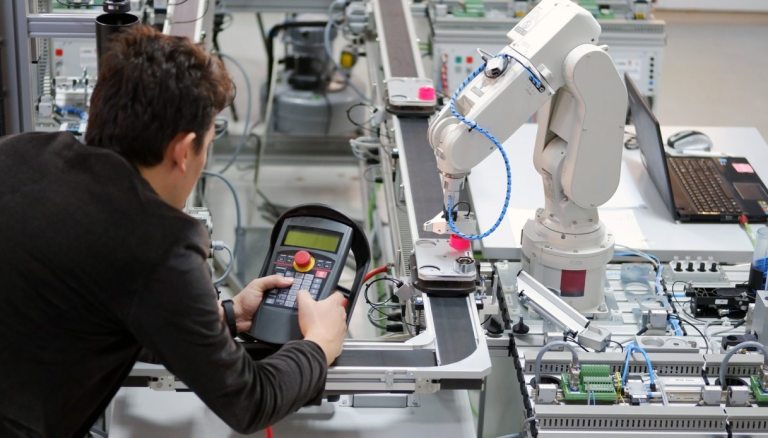 It is well known that robots are playing an increasingly important role in industrial production. Not only do they speed up a wide range of processes, but they also ‘replace’ real workers in the heaviest and most repetitive operations, relieving them of heavy and risky tasks. In addition to this, there are the so-called ‘precision jobs’, where industrial robots not only guarantee better results, but also improve productivity.

This is the case, for example, with Yamaha Robotics’ RCX340 controller, which automates – and speeds up – the dispensing of coating materials. By controlling several robots at the same time, the controller from the Japanese company can improve productivity in delicate processes such as the application of sealants and other materials to mechanical components of all kinds, while significantly reducing the number of rejected parts at the end of the process.

The advantages of robots in coating material dispensing

The dispensing of coating materials – such as sealants, for example – is one of the areas where robots have made great strides forward compared to the past. Dispensing does not have to be homogeneous on all parts of the component: in corners, the flow of dispensing material has to be reduced to prevent too much coating material being deposited. If this happens, the part will have to be rejected during quality control, costing the company time and money.

Industrial robots, on the other hand, if properly configured, allow the smoothest possible layering: by setting the right programme, it will be possible to reduce dispensing in the corners, thus avoiding having to discard pieces at the end of the process. All this with extremely short production times, which significantly improves productivity.

The RCX340 controller from Yamaha Robotics represents the state of the art in this scenario. The device created by the Japanese company, in fact, is characterised by high levels of automation and versatility, allowing high-precision operations to be carried out more quickly. The RCX340 is capable of controlling multiple robots at the same time, giving each robot the instructions it needs to complete.

The controller made by Yamaha Robotics, in fact, supports an extended set of commands, with vision instructions dedicated to each connected robot, so as to speed up the programming and implementation of the entire system. And that’s not all: the Japanese giant’s device also makes it possible to improve plant productivity by exploiting unique features.

By connecting the controller to the servo drive, it is possible to control not only the speed at which the flow of coating materials is dispensed, but also the speed at which the connected robots move. In this way, the machines will be able to guarantee high precision in the execution of the operations (the thickness of the material will be homogeneous along the entire surface of the pieces) and high speed in the completion of the work.

Finally, the RCX340 is equipped with the most common communication interfaces used in industrial automation. This means that the device can also be easily integrated into an existing production facility without having to rethink and redesign the entire factory environment. Among others, the Japanese controller supports popular BUS such as CC-Link, EtherNet/IP, DeviceNet, PROFIBUS, PROFINET and EtherCAT.