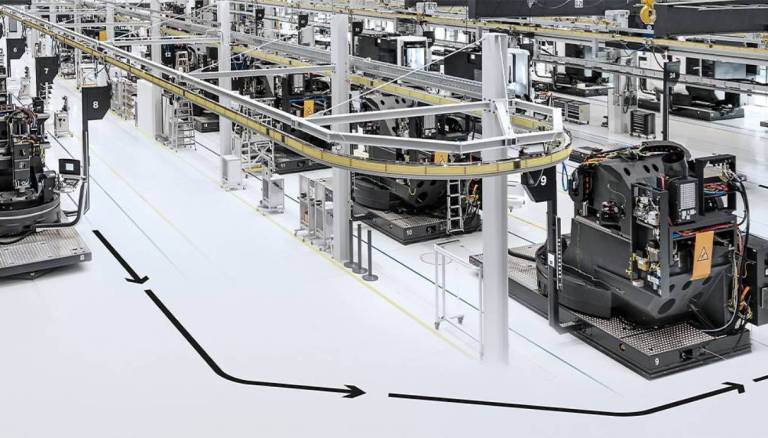 We can breathe the air of revolution at DMG MORI. The German Japanese machine tool giant, one of the world’s leading manufacturers of cnc lathes, milling machines and other industrial machinery, takes a further step forward in the integration of 4.0 industry technologies within its production chain. In the production site of DECKEL MAHO Pfronten the new Excellence Factory of DMG MORI is born, a production space of 4 thousand square meters that will allow to increase considerably the production capacity.

“Investments in innovation are the only way out to the crisis. Therefore, we are also automating and digitizing our internal value chain,” says Christian Thönes, Chairman of the Executive Board of DMG MORI AKTIENGESELLSCHAFT.

DMG MORI’s Excellence Factory: the key road out of the crisis

In the new “factory of excellence”, the German Japanese manufacturer has started the production of 5-axis MONOBLOCK machining centres, which will be run 24 hours 7 days. The entire production process, in fact, is completely robotized and able to advance without the need of human intervention.

The beating heart of DMG MORI’s new production centre of excellence is in fact represented by the AVG transport system (acronym for Automated Guided Vehicle), the robots able to move independently within the factory and transport the parts of the monobloc machinery. The AGVs move 45 millimetres per minute, following a precise path “printed” on the ground: they are guided by the latest generation optical scanners, capable of identifying the path and completing the production cycle completely autonomously.

“Today our new Excellence Factory in Pfronten shows what the factory of the future will look like and what the benefits of the production cycle will be in the coming years,” said Michael Horn, Board member of DMG MORI AKTIENGESELLSCHAFT. The new AGV conveyor system is perfectly integrated into the digital value chain of our production cycle. Compared with a “rail system”, the AGV is far more flexible and versatile and allows us to optimise our production.

The increased flexibility has also allowed DMG MORI to significantly improve its productivity. The time of each cycle has been reduced to just two and a half hours and, thanks to the AGV’s self-propelled robots, it is possible to complete the assembly of a machining centre in just seven days. This is a 30% reduction in production time compared to the old production model, with the number of “completed parts” increasing from 700 to 1000 each year.

“Our goal,” said Reinhard Musch, Managing Director of DECKEL MAHO Pfronten, “was to increase the spatial efficiency of our production so that we could complete the production cycle of the 5-axis MONOBLOCK machining centres in a way that was more flexible, productive and helped us to minimise waste.

Within this panorama, the specialist workers of the German Japanese manufacturer have played a primary role. They were involved in the design of the Excellence Factory from the very beginning, thus creating a working environment that was not only robot-friendly, but also and above all worker-friendly.