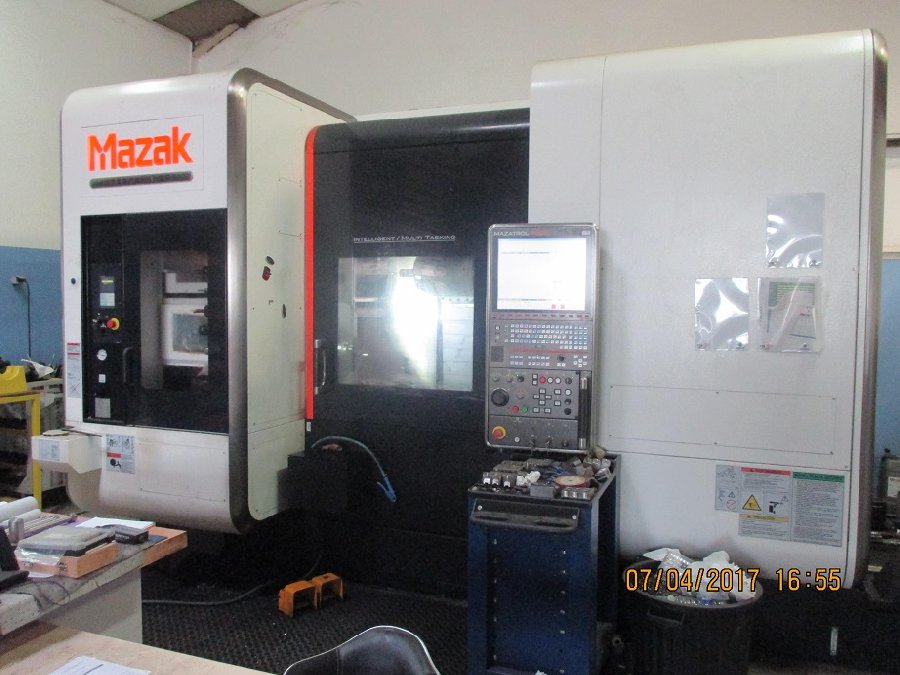 Today we would like to introduce you a very nice machine, recently added to our used machine tools catalogue: we are talking about a used Mazak Integrex i-200 x 1000 U multitasking lathe. The year of manufacture of this machine is 2011, but it has been used for the first time only in 2013.

Mazak has been founded in 1919 in Japan and has developed and opened over the years manufacturing plants worldwide, and is today one of the leaders in the machine tools market.

In 1974 the company began to develop its network in Europe, opening in 1976 a plant in Leuven, Belgium, called Yamazaki Machinery Europe. Although the beginning of this subsidiary was not easy, because of many difficulties and extremely strong competition on the European market, after less than 10 years it opens the most modern machine tools production plant in Europe, focusing mainly on the production of Quick Turn series lathes and VQC vertical machining centers.

Today Mazak has 5 manufacturing plants in the United States, United Kingdom, Singapore, China and of course Japan. It offers to his customers around the world a high quality before and after sales service. Mazak manufactures high-quality machine tools such as multitasking lathes, CNC milling and turning centers, laser cutting machines, but also automation systems.

Integrex multitasking lathes have been developed in 1997, and have been improved and developed over the years. The i-200 model (which we are talking today) is characterized by versatility and extremely high performance, always environment-friendly.

Let’s now talk about this machine and let’s see together the technical details.

The machine has only 1300 hours and is visible under power in France. As usual, we are available to come with you to inspect this machine. If you want to receive the price or more information about this machine, don’t hesitate to contact us!

If you want to discover all our current hot deals, please click here: