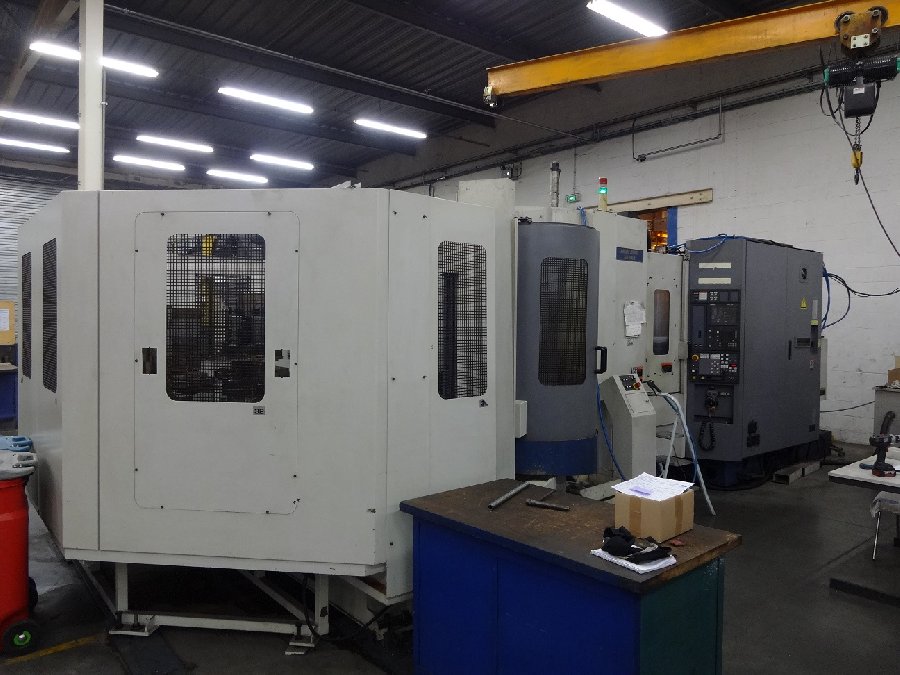 If you are looking for good deals, this is the right place! We are glad to introduce you a used Mori Seiki SH 500 40 horizontal machining center. The year of this machine is the 2000 and it is in France.

Founded in 1948, the company Mori Seiki began with the creation of textile machines before to start with the manufacturing of machine tools. In 1982 Mori Seiki Gmbh has been inaugurated and one year after other factories and offices opened in the United States.

In 2009 Mori Seiki started a new collaboration and it associated with the German Gildemeister to become the famous DMG MORI (Deckel Maho Gildemeister Mori Seiki). This collaboration Japan-Germany has been a real success and together, the two brands offer machine tools for all types of modern processing.

If you want to see other used horizontal machining centers, don’t hesitate to have a look on our catalogue or to contact us directly, we will be glad to help you!