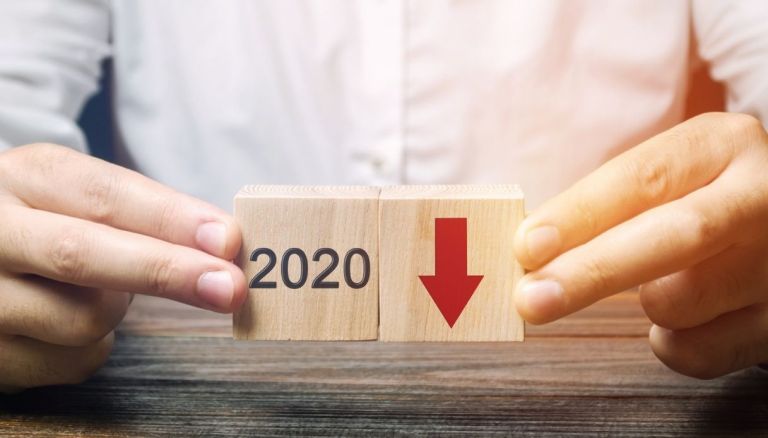 According to official ISTAT data for Italy, the single currency and its entire block would be put in crisis by the paralysis of the markets due to the Coronavirus. The immediate impact is what can be seen on GDP, not only in Italy but in the Eurozone as a whole.

For this reason, the competent authorities are currently keeping an eye on inflation.

How much did GDP fall in the second quarter of 2020?

Italy’s GDP collapsed rather predictably, given what happened between April and June, at the height of the Coronavirus emergency. Although this recession was largely anticipated by analysts and others, the results were devastating. Italian GDP would have plummeted by 12.4 percentage points, compared to the previous quarter, which had been compared to a forecast of -15% and a final -5.4%, then revised to 5.3%. The discussion seems to continue in these terms on an annual basis: compared to the second quarter of 2019, Italian gross domestic product fell by 17.3%.

A terrible collapse, but less than predicted. In fact, analysts spoke of an expected loss of -18.7%, and the previous -5.5%.

According to what the Italian President of the Economy Gualtieri testified, therefore, the loss would have been contained thanks also to the solidity of the interventions put in place by the Government and the possibility for Italy to continue on the gradual and constant path of economic recovery. The figure was then confirmed by retail sales, which in June would have been realigned with the 2019 figures, therefore prior to the paralysis of the COVID. All this is possible as long as Italy, and thus Europe, continue to encourage the activation and promotion of support policies towards companies and consumers.

What does it mean for Italy?

Let us start from the most concrete possible function of GDP to explore its consequences on the performance of a State. The Gross Domestic Product is a value that indicates how much is produced in a single year in material goods and services. Part of these goods is destined to expand production capacity, that is, the capacity to produce more GDP. The remainder, which is the major part, replaces existing investment goods that have become obsolete.

These investments are the key to the modernisation of the capital stock, both public and private. Think, for example, of infrastructure, the purchase of machines by companies, which require a significant amount of investment. Also, environmental protection objectives for eco-sustainability, subways or bridges.

GDP has a negative effect on the environment and people, which statistical bodies take into account.

When GDP collapses, we enter recession. In other words, entrepreneurs make investments fall because they lose optimism about the general trend. It goes without saying that the state will see tax revenues fall. During periods of recession, people have less money to spend and do not plan investments for the future. With courage, the state must relaunch the flywheel by spending the deficit in an attempt to sustain incomes and demand, but to do so it must invest in useful projects for the economic, social and environmental future. In other words, the reduction of GDP can become an opportunity to change a country’s development model in a winning way.

For Italy, Covid was the coup de grace following a long period of stagnation. There are two main possibilities: those who see the causes on the supply side, and those who see them in the choices of the country, privatisation and liberalisation, as well as the single currency, a lethal cocktail that has led to these terrible results. The bet, therefore, is to support the incomes of those who really need it, thus curbing the degradation of those who take advantage of state incentives without really being entitled to them.